Have you ever had one of those moments when you really, really want to say something to someone, but can’t because you are either stunned at their audacity or just too tired/sick/miserable to deal with them? I had one of those today.

While riding on an S-train in Copenhagen, Denmark (brilliant trains, large cars) with my toddler son, husband, and mother in a wheelchair, I was soundly told off. We ended up in the bicycle car to ensure space for the wheel chair. Unfortunately, the empty seats were at the opposite end of the car from the spot with space for the wheelchair. While my husband stayed next to mom and the chair, my toddler and I ended up a bit further down. Soon, a couple with bikes and a preteen child boarded. There were quite a few empty seats and bicycle slots on our end, so I didn’t think anything of it—until they made sure it was all I would think of for the rest of the day.

Those of you who read my last post know that I am suffering through a rough pregnancy. Thanks to the miracle of modern medicine, I am finally able to get out and about again, hence the travel. That said, it’s not always fun. Today I was nauseous and bloated and sweating profusely. It was rough. Then, that delightful family boarded and the oh so helpful Danish woman felt the need to tell my nauseous self that my son and I were not welcome in that car because we didn’t have a bike (though she made this assumption based on the fact that I was speaking English with my son). Being pregnant and tired, I decided to just acquiesce because I didn’t feel like fighting. Being sick and miserable, I decided to be a bit passive aggressive. Instead of arguing with her, I hollered across the car to my husband “Hey, is it possible to push down that seat next to mom’s wheelchair? Apparently this car is only for people with bicycles.” That’s right. Hollered. The woman looked visibly embarrassed when she realized we were with a person in a wheelchair — as she should. Unfortunately for her, she did not look embarrassed for my ill self. After we were settled into a new seat with my son on my lap (no extra seats on this end) and he was giving me pretend presents, I asked him (loudly) whether he had any presents for the baby in mamas belly. At this point the woman’s face was no longer visible; she was hiding behind a partition. I could still see her husband’s face and when he heard the words “baby in mama’s belly” and realized his wife forced a pregnant woman with a toddler and a wheelchair bound passenger out of her seat, he cringed. Deservedly.

Is there a moral to this story or did I just need to vent? Probably the right answer is a little of both. Try your best to not make assumptions about people. As a family member of someone in a wheelchair, I had every right to sit in that seat. As a pregnant woman with a toddler, there was no reason for me to be told to move while on a moving tram. This family assumed I was using designated space without a right and that I was fully able-bodied. It’s an assumption many people make. My disabled grandmother always reminded me that not all disabilities are visible and we shouldn’t make judgements about peoples’ health. Her disability was hidden on her ankle, under a pair of pants. She was tall and strong, but walking more than 50 meters was excruciatingly painful. One would never know it by just looking.

If you ever find yourself tempted to correct a stranger in public, please keep in mind that it is impossible to know every circumstance taking place in the lives of others. Even if that person you see or talk to appears physically well, you just can’t know. Save yourself and the other person potential embarrassment and discomfort and think twice before speaking up.

Lastly, only jerks make people with children move seats when there are plenty of seats available. Don’t be a jerk. 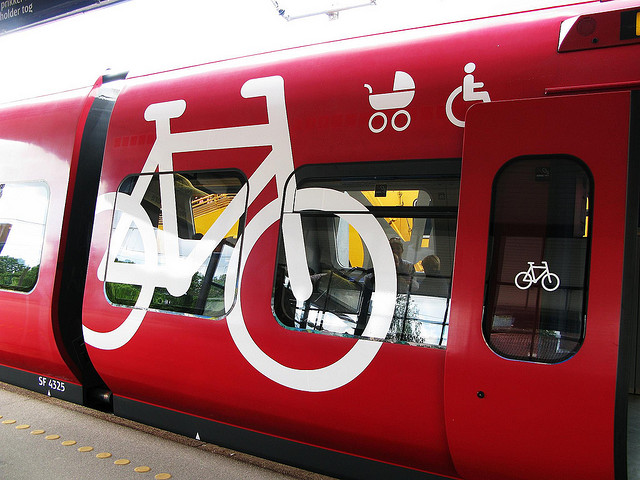